Slowly finishing up the remaining Empire units. This big block of Flagellants is the last “big formation” on the list. Now it’s down to the special characters and the big items (e.g. new style griffons, etc.). The unit filler is based on the old War Altar with a more suitable Prophet of Doom riding it.

A small contingent of Forest Goblins joins the mighty Waaagh. The spider riders are stock while the infantry unit is based on the old metal models from 30+ years ago with a big tree unit filler.

Black Orcs are the epitome of brute force. A nice block of 30 though I am basing many of them on 50x50mm or 75x25mm bases with fewer models per base than technically required. This creates a bit more space between the models which otherwise are really wedged tightly together.

Leading the force is the mighty Grimgor Ironhide and a generic Big Boss. Still working on a Black Orc Battle Standard Bearer to complete the line-up. They are based on 50x25mm bases to line up with the rest of the mob while having some space around them. It’s physically impossible to fit these models onto a single 25x25mm base in a formation…

Work on my “new” Orc army is progressing. I am going through these in thematic blocks. The regular Orcs are mostly done – baring some characters – in the few previous posts. This now adds the Savage Orc contingent.

The group is lead by Wurzag Da Great Green Prophet in both mounted and walking format. He is joined by two fellow shamans and a Big Boss to add some punch to the mob. I just love the old shaman models!

The main mob is 25 strong including a unit filler of a simplistic icon carried on the shoulders of the boyz.

A mounted group of ten boar boyz rounds out the Savage Orc contingent.

More Orcs. One of the chariots has boss-like model in the back just in case I want to ever uses it as a character mount. Both have been upgraded to the “modern” boars to fit in with the rest of the horde. At the bottom is an old school Orc Shaman.

When the Warhammer World was killed by Games Workshop, I impulsively bought all the armies that I didn’t have yet (and all available models for each such army…). So now I am stuck with a few thousand Warhammer models. Slowly working my way through the pile with the Orcs first in the lineup. First some core infantry units – one of 30 (including a looted cow…), one of 25 (including a pig carrying barrels which is hard to see in the back now that I look at the photos 😦 ). I decided for irregular basing which fits with the wild style of the Orcs. 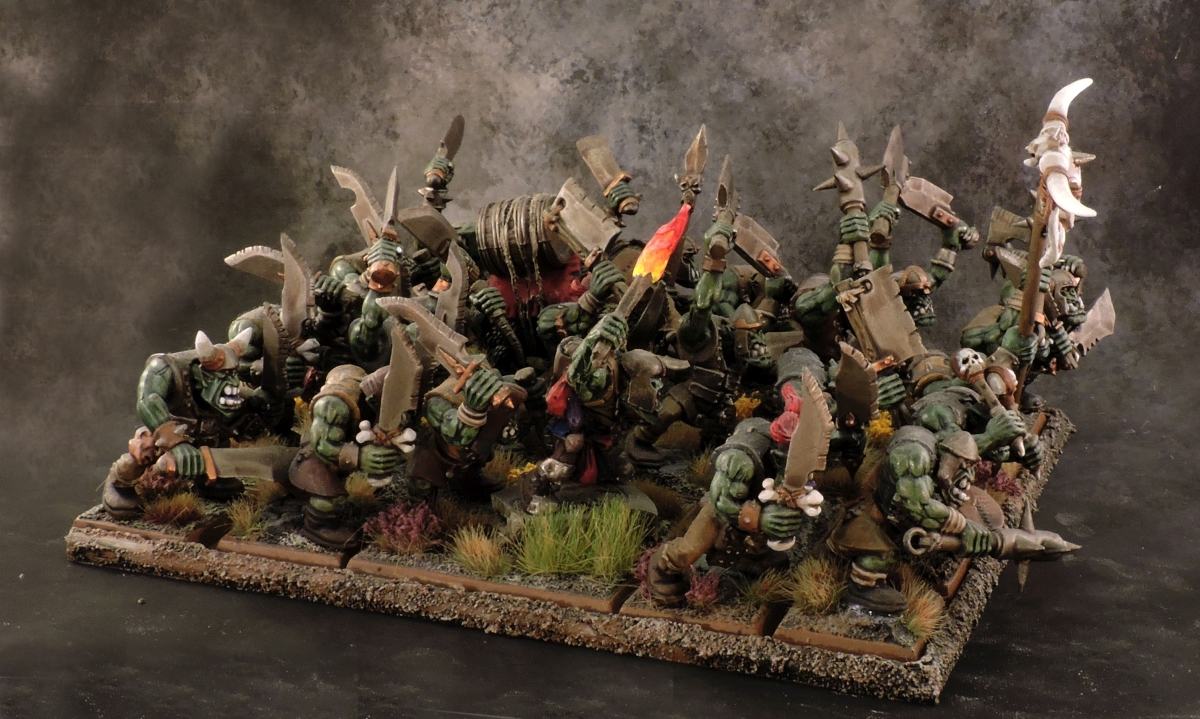 These were some old MDF kits that I bought years ago. Finally finished them up. The runny paint on the first one isn’t that noticeable in reality, but still frustrating (just saw it in the photos 🙂 ). 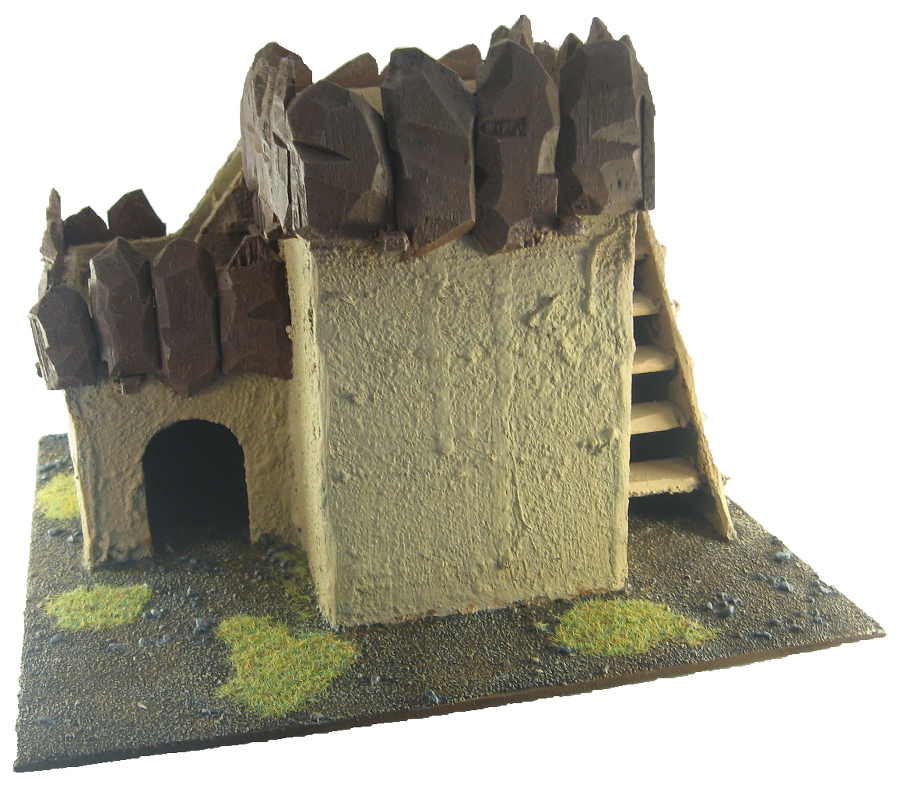 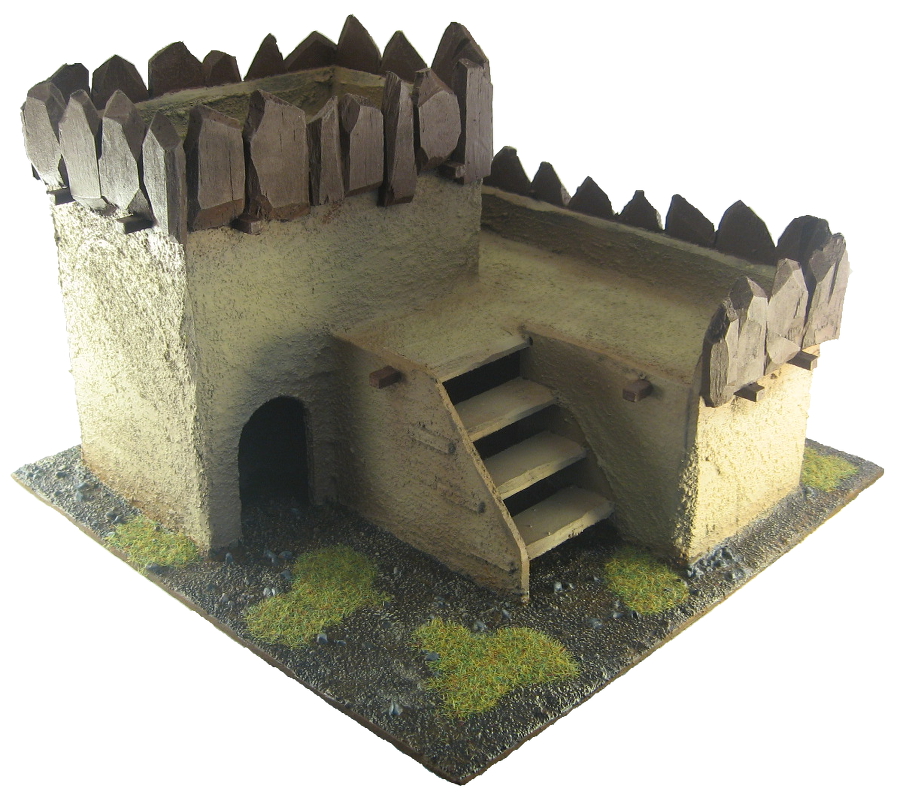 One more for the road. Pretty straightforward but with a little chaos altar hidden away in the basement.