The Squats are the forgotten race of the Warhammer 40,000 universe. They were a popular race during the hay-days of Epic in the mid-90s but their removal from the Warhammer 40,000 product line spelled doom for their Epic incarnation as well. The models are still available and there are a few Epic Armageddon fan lists made for the Squats (or Demiurg as they are occasionally called). Over the years I have build a collection of all historical Squat units. The different fan lists use a variety of unit structures, so I have tried to always go for the maximum number of bases per formation (i.e. the three different Stronghold lists use 4 Berzerkers as an upgrade or 6 Berzerkers as a separate formation so I went with units of 6).

The army is made of up two Brotherhoods with distinct red and yellow badges. The primary colour scheme is classic Squat: blue and white.

Brotherhood Infantry: Two Warrior formations are the core of the infantry contingent. Each formation is led by a Lord (a quick conversion on a shield carried by two Warriors). One formation has Spartan transports (imperial Rhinos) while the other travels underground in Termite Tunnelers. I shaved off all imperial markings from the Termites and other imperial wargear in the army (Hellbore, Moles, Leviathan). One of the Warrior stands can be upgraded to a Living Ancestor. The models is a slightly converted exo-armour Squat with a hammer and anvil (from the Warmaster Dwarf range).

Hearthguard: Hearthguards are the elite warriors of the Brotherhood. I have assembled a unit of regular Hearthguard as well as one wearing fearsome Exo-Armour (the stunty equivalent of Terminators).

Berzerker: Berzerkers wield two pistols and constitute the infantry assault element of the army. The two units can either be carried by Mole Tunnelers or attach themselves to a Land Train Battle Car.

Thunderer: Guns, guns and more guns. Thunderer are the fire power backbone of any Squat army.

Robots: Mechanical minions of the Squats, Robots were one of the funkiest units in the old Epic game system. You had to “program” them before the battle and then watch them fumble across the battlefield accordingly. These Robots are mix of historical models.

Guild Biker: The Engineering Guild goes to war on Bikes or Trikes. Fearsome stunties on motorcycles, that’s right. I have three formations of Bikers. Two can be led by a Guildmaster on Bike as one of the fan lists allows for Leader upgrades in Bike formations. The Guildmaster is a Hearthguard Biker model with the front lance and some other elements removed to look roughly like a regular Bike.

Guild Trikes: Trikes are Light Vehicles so my home-made Epic basing convention places them on individually on smaller bases. The two units are led by a Guildmaster as an optional upgrade (small conversion with an Exo-Armour squat on a cut down Trike).

Guild Hearthguard: Like their footslogging brethern, the Hearthguard Biker wear mighty Exo-Armour. In most lists these are only available as upgrades to Bike formations but I couldn’t resist the lure of a full unit of Exo-Armour Bikers.

Light Artillery: Artillery is the core of any Squat army. Four Grand Batteries of Thud Guns and Mole Mortars provide enough mid-range fire power to destroy most opposition in a single barrage. The barrels of the Thudd Guns were drilled out like all other barrels in the army.

Heavy Artillery: Huge guns on fixed carriages. Not particularly realistic but the Goliath Mega Cannon sure packs a punch. Three of them can ruin anybody’s day.

Anti-Air Guns: Thunderfire Guns are the Squat equivalent of Hydra AA Guns. Just as effective but vastly more expensive on the used-good markets of the world (in general, a Squat army isn’t for the faint of heart as all models are out of production for over a decade now).

Air Force: The Squat army has access to two types of flyers: Iron Eagle Gyrocopters which function as a fighter-bomber and Overlord Armoured Airships which are massive bombing war engines. Two Squadrons of the former and a large formation of three of the former make up the Squat Air Force. 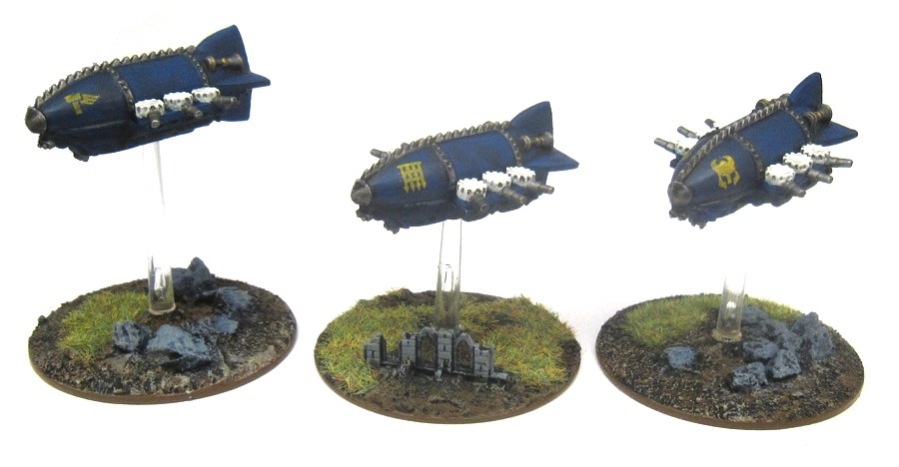 Praetorians: Unlike most other Epic armies, the Squats don’t build Titans. Instead, the Engineering Guild provides the army with a variety of Praetorian Super Heavy War Engines:

The Colossus is a multi-purpose gun platform with its own Iron Hawk Scout Gyrocopter for artillery observation.

The Leviathan is armed with the same massive Doomsday Cannon as the Colossus but replaces much of the secondary Colossus armament with transport capacity for entire Brotherhood formations.

The Cyclops is a massive Titan killer. It’s gun is designed to obliterate even the mightiest War Engines with a single shot.

The Hellbore is the big brother of the Mole and Termite Tunnelers. This massive model can transport huge formations underground and surface in the middle of the enemy lines when needed. 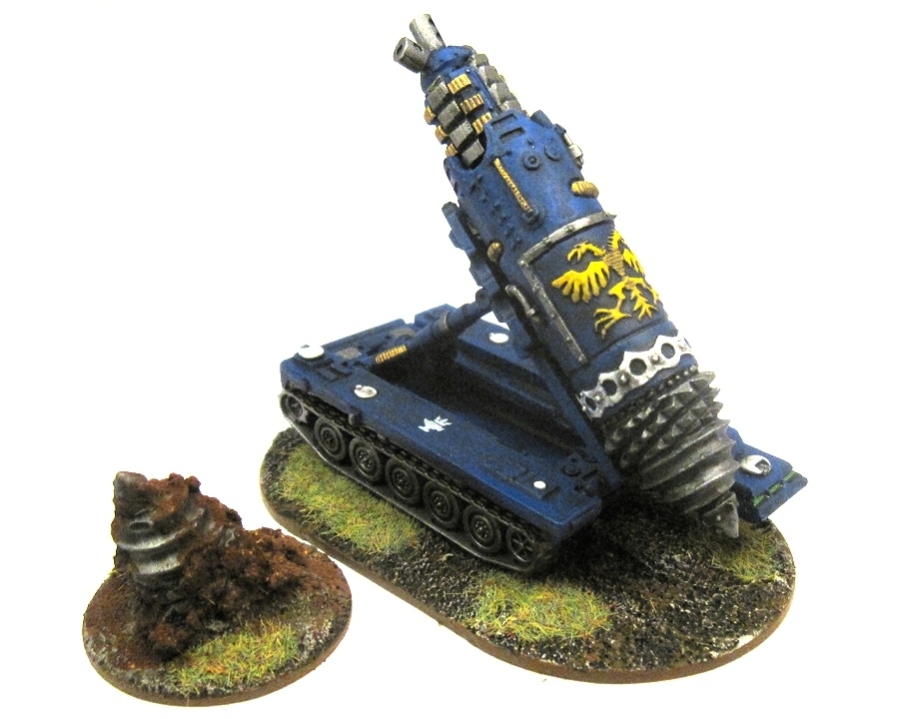 Finally, the Land Trains are the icon of the Squat army. Each Land Train Engine can pull up to seven cars armed with gigantic flamethrowers, assault mortars, nuclear missiles or transporting squadrons of assault infantry.

Objectives: The three Squats objectives were all scratchbuilt. A mine entrance, a supply depot and a wrecked Land Train car that I had left over.