The Vikings are the quintessential Dark Ages faction. The SAGA game system focused on a more historically correct view of the Scandinavian Vikings – no horned helmets here – so I tried to stick with a more natural colour scheme. Most of the core models are plastics from a variety of sources: Warlord Games, Gripping Beast and assorted conversion bits thrown in.

Heroes: The Vikings are led by a mighty Warlord based on an older Gripping Beast berserker model. As a fan of the Vikings TV series, I envision him as Rollo, brother of Ragnar Lothbrok. Same build, same features as the commonly bare-chested TV version. Other heroes include Ragnar Lothbrok, Harald Hardrada and Gunnar Hamundarson – all Gripping Beast stock models.

Hearthguards: The Vikings have a wide range of Hearthguard units and my collection capitalised on this variety. Starting with two units of standard Hirdmen with axes and shields. Add to this some Berserkers and finally some plastic models converted to Varangian Guards with Dane Axes. 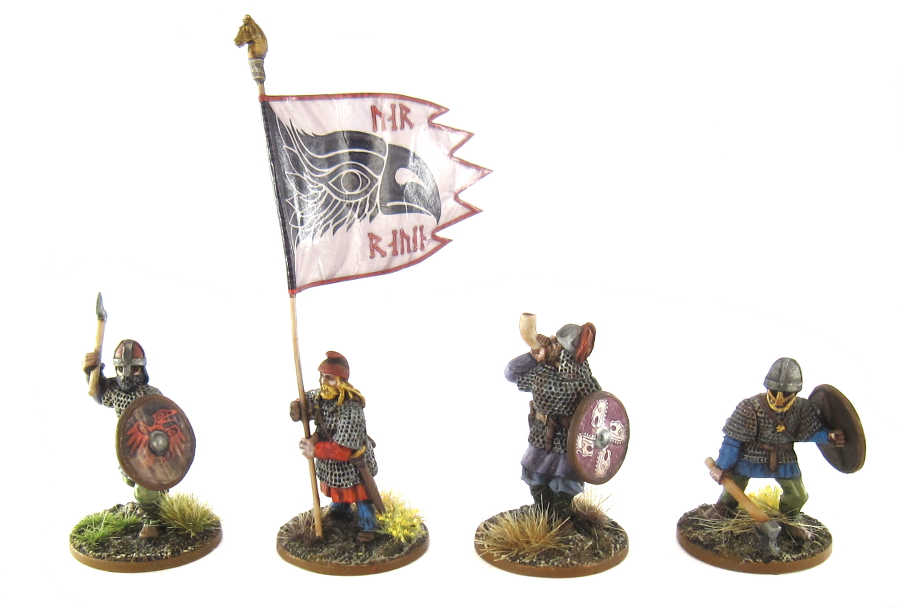 Warriors: The Viking warriors are a mix of plastic and metal models to give a bit of variety. I focused on axes for the Bondi to distinguish them from the spear-heavy Anglo-Saxons and other otherwise similar forces.

Levy: The Vikings can draw on the generic Levy Pool for support.