The Imperial Fleet is based on the standard Gothic Sector colour scheme and cruiser configuration. Essentially the fleet has one of each of the cruisers and escort units specified in the core rulebook. In 2018 I added a lot of ships from the Armada supplement and a few custom creations in a burst of BFG enthusiasm. The fleet was painted using a dark blue drybrush technique with a simple washed gold pattern for contrast. The prows are glossy white to give a sense of hardened material.

Battleships: These are the grand ladies of the Imperial Fleet. Huge behemoth that combine massive firepower with the ability to take damage like pretty much no other vessel. Battleships are mighty, but not cheap.

The Emperor Class Battleship is the center of the fleet and provided long range fire support to the cruisers.

The Retribution Class Battleship provides mid-range firepower to the center of the Imperial Fleet.

The Apocalypse Class Battleship is a short-range nightmare with countless lance batteries at its disposal.

Grand Cruisers: Grand Cruisers were introduced with the Armada supplement as kind of a pocket battleship. More fire power than conventional cruisers but at a point cost that is still affordable in smaller games.

The Vengeance Class Grand Cruiser is a long range weapon platform with a good mix of lances and batteries. 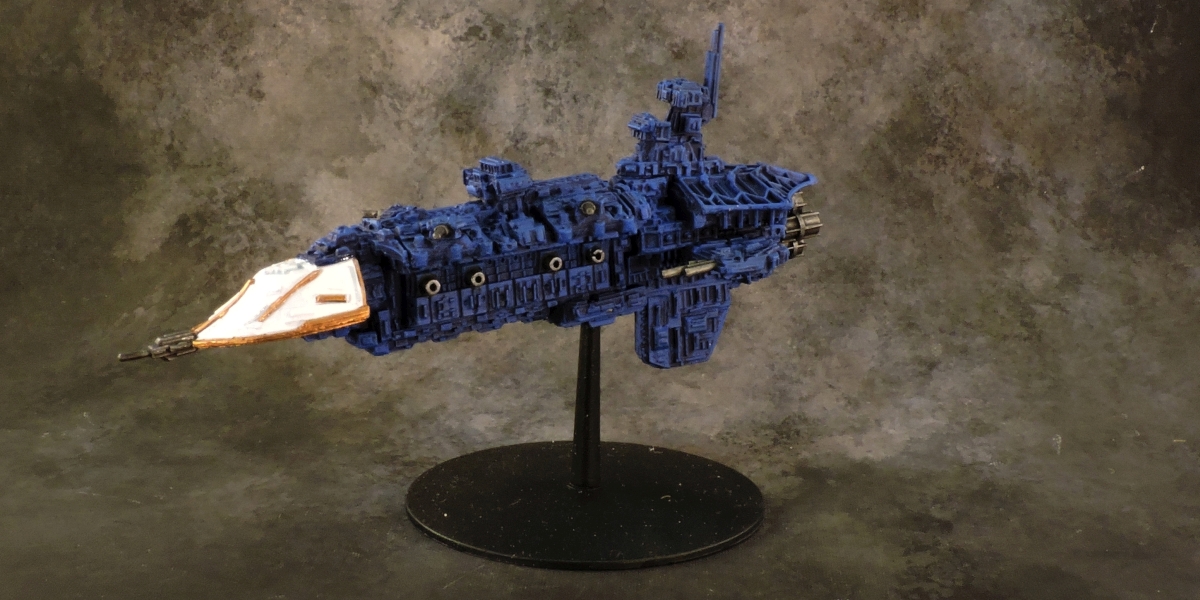 The Avenger Class Grand Cruiser is a close-range monster with the firepower of a Battleship at its disposal if it can get close enough.

Light Cruisers: Light Cruisers were added by the Armada supplement to provide an intermediate stage between Cruisers and Escorts. Many of the variants were never produced by Games Workshop so I am using proxy models made by a talented 3D designer in Russia.

A squadron of the Dauntless Class Light Cruisers offers the “traditional” option that was still made by Games Workshop.

The specialized Endeavor, Endurance and Defiant Class Light Cruisers are custom models made using 3D printing and then molded.

Escorts: The Imperial Fleet offers a range of escort ships and each option is available for this fleet. Escorts provide fast moving elements to shield the main cruisers and attack isolated stragglers.

Falchion Frigates were added in the Armada supplement and I have a squadron of 3 to reinforce the fleet.

Sword Frigates are versatile escorts with a time-honoured role in the Imperial Fleet.

Cobra Destroyers are the lightest imperial escorts. They come as a regular squadron of 4 as well as a squadron of 3 larger generation Destroyers representing the Widowmaker squadron with modified sensor arrays.

Light Crafts: The launch bays of the cruiser fleet can be equipped with fighter, bomber or landing craft formations.